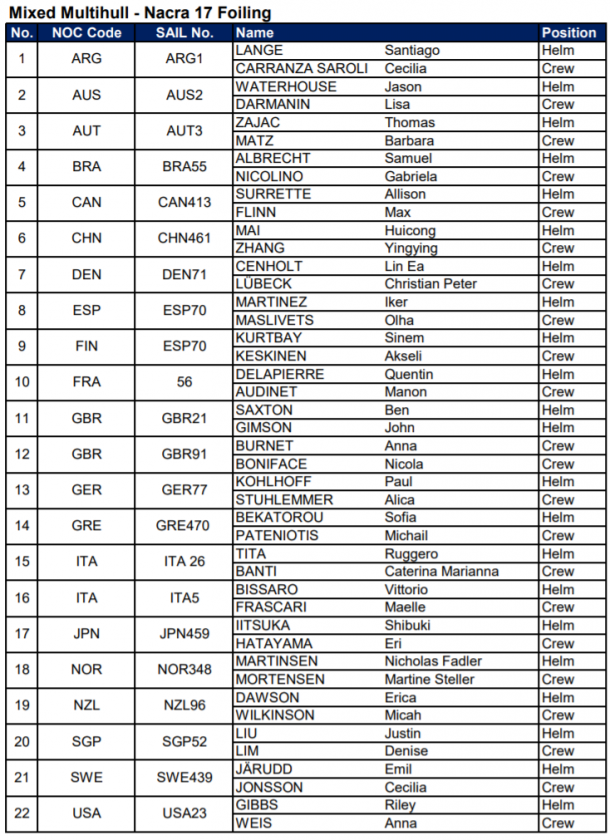 Gimson and Burnet in an Italian sandwich

Ruggero Tita and Caterina Banti (ITA) continued their relentless march at the top of the leaderboard, notching up two more first places in their qualifying group, only falling foul in the last race of the afternoon. “We were fast upwind and going well downwind in the waves,” said Banti. “We just didn’t start quite so well in the last race and couldn’t pull through.”

The only race they didn’t win was taken instead by Great Britain’s Ben Saxton and Nikki Boniface who enjoyed getting out in the big waves after a few light-airs regattas. “We did a lot of training over the winter in strong winds and big waves,” said Saxton. “It took us a race to remember what to do, but it felt good after that.” The 15 knot breeze did drop away to more like 10 knots by the end of the afternoon, although was still testing enough for the overworked crews doing all the gunnel running fore and aft along the 17ft hulls.

There were still enough gnarly moments to catch out some of the crews crashing into the back of the nastier waves. Two crews wiped out their aluminium bowsprits, leaving them without the ability to fly the gennaker downwind. One of those was the Spanish team of Tara Pacheco and Florian Trittel who failed to get a result in the middle race but made amends with a 2,3 in the other two heats to lie in fourth overall.

On the other side of qualification, another British crew – John Gimson and Anna Burnet – sailed a stellar day to rack up 1,1,2 and rise to second overall. The British team now find themselves sandwiched between two Italian crews, the leaders five points ahead and just a point behind in third overall, Vittorio Bissaro and Maelle Frascari.

Back in 15th place are Nathan and Haylee Outteridge, still discovering the quirks of the Nacra 17 in big waves. The Australian siblings made rapid progress last season in the flat water, and now it’s up to Nathan to see if he can master a different beast on these same Olympic waters that propelled him to 49er gold at London 2012. There’s a widespread acknowledgement that Weymouth Bay is proving a useful testing ground for the kind of big-wave swell that competitors might encounter at next year’s Olympic Regatta in Enoshima. Out of all the Olympic disciplines, the skiffs and the foiling catamaran find the waves the biggest challenge, so every day of experience in Weymouth Bay counts as a vital day of discovery on the road to Tokyo. 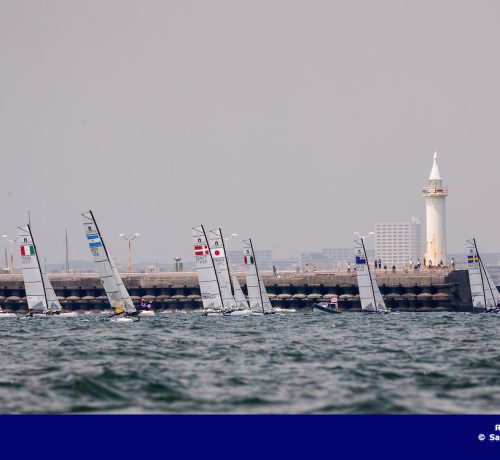 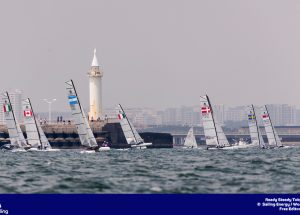 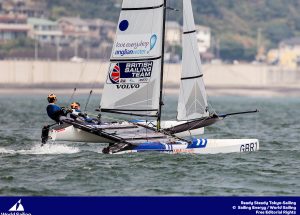 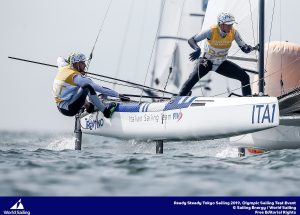 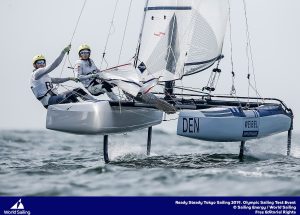 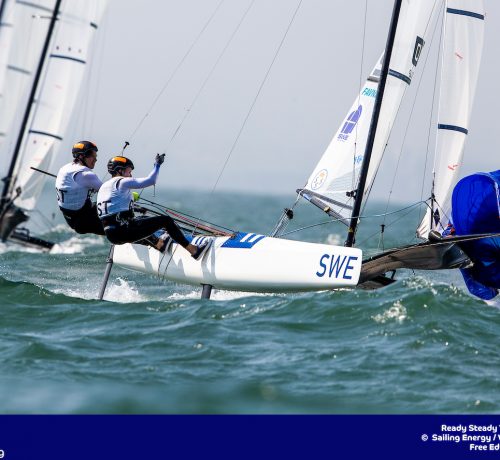 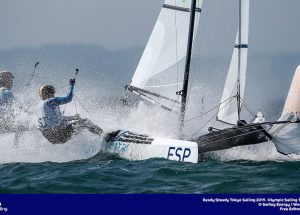 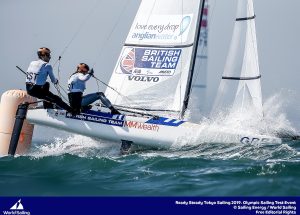