Finish sailors Sinem Kurtbay and Janne Javinen spent a year in sailing purgatory, as the last team not to qualify in Auckland 2019, and came through all the stronger as they took the last remaining Olympic berth over a tough week of racing in Lanzarote. Day four was a turning point in their performance, where they scored a 2, 3, 6 on the day to separate forward in the fleet. A UFD in a race they crossed the line 3rd as the final race in day 5 brought the trailing Greeks back into contention for the Olympic berth, but a 4th in the final race sealed their fate and the medal race being cancelled did not impact the regatta score.

Sinem transitioned to the Nacra 17 after falling just short of Rio 2016. Teaming up with Janne, who was an experienced sailor but new to the Olympic scene, proved challenging occasionally, as Janne overcame an injury in 2018, but the duo were aided buy a young crew from Finland to keep the campaign moving forward. Ultimately the extra year together may improve their chances now in Tokyo, as they have often shown they belong in the top group Nacra 17 fleet.

Qualification in the Nacra 17 fleet was very challenging. Iordanis Paschalidis with Myrto Papadopoulou (GRE) and Igor Marenic with Marija Andela (CRO) each mounted strong late challenges for the final berth. Iordanis is a hugely experienced cat sailor with a strong Tornado background and Igor is the gold medalist from the 470 in Rio, but each started their Nacra 17 campaigns quite recently and needed a bit more time to catch up to the Fins. Also putting in strong efforts were a young dutch team, a strong Russian squad and a young Hungarian team who will each have to wait till Paris for their next chance.

With the Fins securing the spot, the ‘on deck’ spot as the next team in line from the 2019 Worlds should any nation not send their team falls to Russia, and beyond that would be Singapore.

Also securing their Olympic berth for the African spot was Tunisia. Tunisia doubled their participation from last quad sending two teams lead by a father – son combo. Mehdi Gharbi (the son) and Rania Rahali won the African trial by ten points, but no doubt the whole squad is happy to gain the Olympic berth.

At the top of the table were four Olympic bound teams. In a close battle, local favorites Tara Pacheco and Florian Trittel (ESP) took the win as they had an outstanding second half of the regatta to overtake their German competitors. Paul Kohloff and Alica Stuhlemmer (GER) had the early advantage and finished very close to the Spanish for second place. France placed third while Sweden was fourth.

Nicholas Fadler Martinsen and Martine Steller Mortensen (NOR) finished ninth in the regatta, which was enough to secure Norways Olympic selection criteria of top 12, and now they can pack their boat for Tokyo.

Unlike the 49er and 49erFX fleets, only about half of the Nacra 17 Olympic fleet was in Lanzarote. Like all things nacra, split hull platform, split fleets, split politics, the other half of the Olympic bound fleet are training in Italy. As such, we don’t have quite as much of a sense of where the balance of power lies in the lead up to Tokyo, but the conditions in Lazarote delivered the waves and great winds these sailors were interested in training in, so that will be an aid.

The Nacra 17 Class would like to extend our heartfelt thanks to the Organizing Authority in Lanzarote. The Canary Island Federation, with their experienced and hard working staff delivered an amazing final qualifier for these teams. For some sailors, their Olympic journey will now, unfortunately, be over. What all teams want is a fair shot at doing their best, and this regatta, with it’s full compliment of races, multiple wind conditions, and excellent race management delivered on that. Lanzarote has served sailing well this week and we salute you. 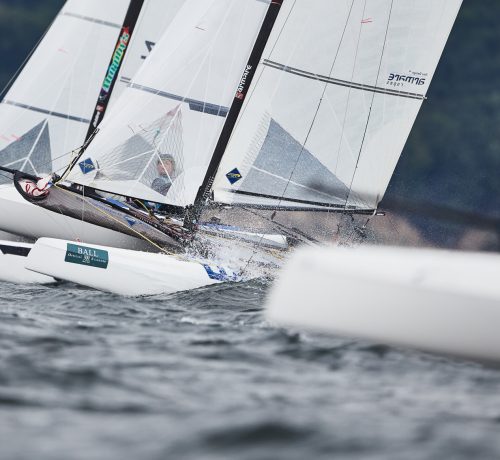 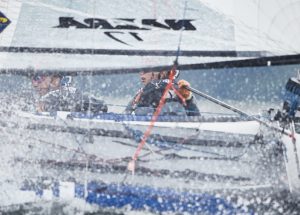 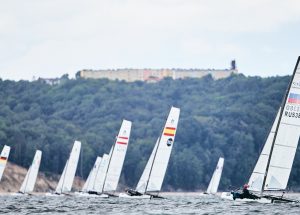