Community gathers to remove ghosts of past

Peter Burling and Blair Tuke are regular free divers, often plunging into the ocean to check out marine life, but they took a dive with a difference yesterday. And it was one that scared them.

The four-time world and Olympic 49er champions joined a team of about 20 divers led by Ghost Fishing New Zealand to help clean up Okahu Bay, hauling rubbish up off the bottom of the sea floor. There were car tyres, lengths of chain, bottles, rope, fishing gear and pipes.

What they didn’t find, however, was much marine life.

“It’s literally barren,” Tuke said. “There’s a little bit of sea grass in close to shore but, once you get out a little bit, it’s just mud and lots of sedimentation which is pretty scary.”

Efforts are being made to address that, and Ngati Whatua Orakei have reseeded thousands of mussels in an attempt to re-establish the kaimoana and also clean up the water quality – a single mussel is capable of filtering as much as 350 litres of water a day.

Yesterday’s clean up of Okahu Bay brought together various groups in the community from the ghost divers, Sea Cleaners and Royal Akarana Yacht Club to the local iwi and concerned locals. It’s all part of a wider plan to restore the bay in an effort to make it a more attractive area for recreational users and somewhere to host major events, including December’s 49er, 49erFX and Nacra 17 world championships in partnership with Hyundai New Zealand.

Burling and Tuke will be gunning for a fifth 49er world title at the event but yesterday they were concerned citizens.

“Okahu Bay is where we’ve sailed the 49er from for years so we wanted to come down today just to help out,” Tuke said. “It’s a really good initiative where there are people from lots of different parts of the community.”

Burling added: “We have spent a lot of our lives above the water and we really enjoy being out there. We’ve known there have been big [environmental] issues for quite a while. The awareness and understanding that we actually need to do something is what’s driving us at the moment. It’s really cool to see how many people are getting on board with it.”

As many as 100 people joined in, with even more helping out onshore than in the water. Many took part in a beach clean, with scores of bags filled with rubbish.

Among those helping out was Nadia de Blaauw and her husband and two young daughters.

“The one thing that did really hearten me, is that people saw us picking up rubbish and they would stop and pick up some rubbish as well and pop it in our bucket,” she said. “Lots of people said, ‘thank you’.

The team from Ghost Fishing New Zealand have been making a massive difference since their creation in 2014. Okahu Bay was relatively ‘clean’ compared to some of their dives – they once pulled 8000kg of trash out of Wellington harbour in one hour – and the organisation’s founder, Rob Wilson, had a simple message for the public.

“In New Zealand there tends to be an out-of-sight, out-of-mind mentality with the water so it’s important to show people what’s down there and then physically removing it,” Wilson said. “I would say to people, just be a bit more careful. Be mindful that anything that ends up on the roads ends up in the storm drains and goes straight to the oceans. Anything that drops off your vessel will stay there for an extended time. If you throw a bottle over, it will still be there in 12 years’ time.

“Today we found bottles, a lot of ropes, fishing gear, lengths of chain. It’s actually pretty clean. I see a situation like this as a real positive. This bay had a lot of vessels moored in it [previously] and you could tell they were responsible yachties because there wasn’t that much stuff that had been dumped over the side. We’ve found loads of batteries under yacht moorings in other places.”

It was a heartening morning to be involved, as the community rallied around to help clean up one of Auckland’s jewels, but also heartbreaking to think what else is in our oceans. Wilson summed it up well when he said: “It’s a bit of a love-hate thing. I hate the fact it’s in there but I love that we’re getting it out.” 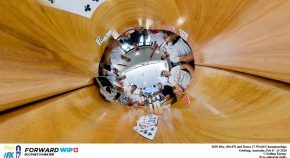 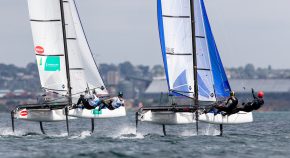 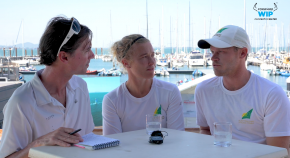 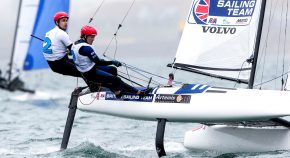