On Hyperspeed, WoMan Overboard, and the meaning of 'Steep Learning Curve'

In Olympic circles nobody talks about having a bad day. The cliched quote most often heard in post racing interviews is about lessons learned. Unless the lesson can be explained, don’t believe it, despite how often the phrase is repeated.

Check out the racing from Kiel Week 2019. Thanks to great coverage, flat water, and some top teams, we get a chance to look at teams sailing differently.

When the wind speed was 15-20 knots and flat water, teams were sailing upwind between 9.5-11 knots of boat speed. Then check out what Paul Kohlhoff and Alica Stuhlemmer (GER) pull out of the bag as they jump into hyperspeed.

As we can see, after a few settings changes, the team leaps into a fully foiling mode and push up to 13.5-15 knots. With the boat speed trackers on the top left of the screen, you can see them jump up to 12.5 knots, and then get really flat and trapping hard and surge all the way up to 15 knots. The coverage switches to the tracking view, and we can see that they were sailing just as high as previously, and then they settle down to a lower angle after they get off the foils and return to the previous upwind mode.

This is ridiculously quick upwind. At the start of the beat they are neck and neck with the Spanish team of Pacheco and Trittel, and by the end of the clip they have a 200m lead. Sure, they got a shift and a puff, but we don’t see the distance between the Austrians and Spanish change very much at all.

So the real question here is if a team can go 30% faster upwind, why wouldn’t they do it all the time?

When we asked Kohlhoff about the mode, he said it’s really just a tool they are practicing to use. In this instance, they tacked just before this clip in a header and a puff. So they used the angle and increased windspeed to get across the course and solidify their lead over the Spanish they rounded at the same time with.

“It’s a really risky mode. Plenty of times we try it and lose out on the others just as much as we gained there. It’s really just something that works in a truly narrow window,” said Paul.

So, the real question is, are the German’s being coy with their new tool and trying to hide hyperspeed from the rest of the fleet, or is it simply a tiny window where this mode will work? No doubt the fleet will be working over time to figure that out!… the steep learning curve.

Another area where the fleet is figuring out the best techniques is in the hoist. Watching 49er and 49erFX racing, there is really just one type of straight set if there is no traffic around. Teams will use their momentum to sail deep after powering through the beam reach. At the low point of the turn, the spinnaker gets pulled up as quickly as possible while in the slight wind shadow of the main, and then as it reaches the top of the mast the skipper will head up to fill it as the crew grabs the sheet. Job done.

Now check out three different example of how top teams set, all in the same windspeed and without pressure from other boats.

This method is most similar to how the 49ers set, in this case demonstrated by Kohlhoff and Stuhlemmer. During the offset, Stuhlemmer pulls out the tack and then as soon as they pass the offset mark she rushes into the boat and pulls up the spinnaker as quickly as she can. Kohlhoff then starts to get the boat foiling, and off they rush to get settled into their foiling mode. This is a spinnaker centric method, where getting it up is the priority.

In our next example, check out Bissaro and Frascari (ITA) taking foiling as their primary focus, with the spinnaker the secondary focus. Here is first the same angle we saw from the Germans, followed by the onboard footage.

Maelle Frascari is putting her focus fully to getting the boat foiling and stable with just two sails. Only once she thinks the foiling is stable does she move to hoist the spinnaker. This hoist is not error free, as they fall off the foils a bit, but you could see this method providing opportunities for passing lanes and also VMG gains if foiling can be maintained.

Our final example is the leverage centered approach. In this case, Zajac and Matz both stay trapezing through the whole hoist. There is a quite a bit of freedom for how ropes can be led on the Nacra 17, and clearly the Austrians have led their halyard to the windward side, and are able to have Matz stay on the wire while hoisting. It’s not the stable foiling like we saw from the Italians, but is sort of a bridge between the two other methods.

The bottom line is that when people talk about the steep learning curve, the Nacra 17 fleet is on it, with multiple innovations occurring consistently.

One more bit of nifty boathandling comes to light after a somewhat scary incident in race 2. Bissaro and Frascari (ITA) are pressing downwind when after a gybe, Frascari falls overboard having missed her trapeze clip. What’s scary is just how quickly things go from normal to an emergency.

The helm, Bissaro, remains fully calm through the recovery. He immediately heads up violently to maintain a short distance to Frascari, and then slowly heads upwind with the gennaker flapping violently. Nevertheless, he does a perfect windward pick up out of the water ensuring there is little chance of running over the WoMan overboard.

While they retired from this race, after a breather Frascari felt good enough to return to racing, and got just a bruised foot from the incident. It could have been much worse, but the quick pick-up was a nice bit of boathandling.

The Nacra 17 fleet is 1 year away from our first Olympics as a foiling boat. Latch on to all of our channels to ride the wave to Tokyo… 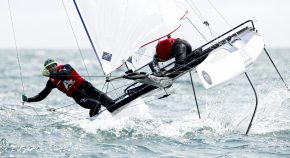 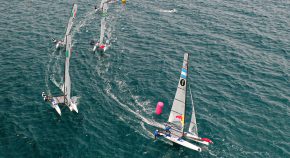 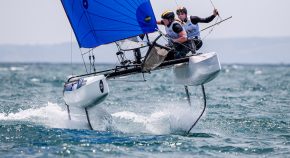 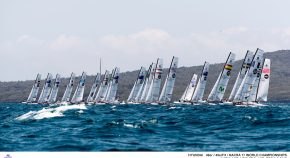 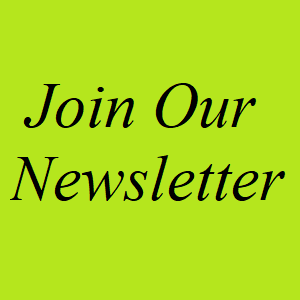